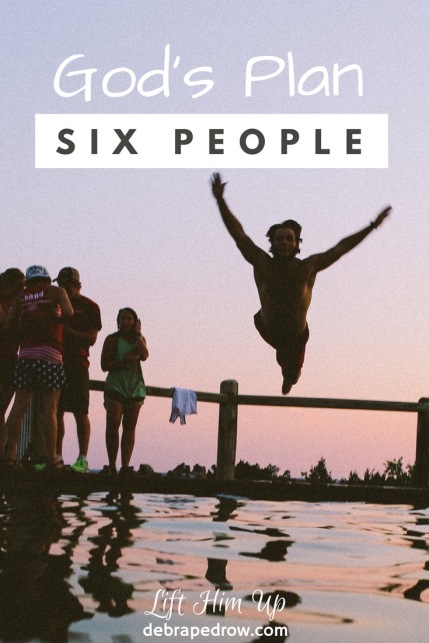 The Bible reveals to us many events of men and women sharing their intimate relationships with God. Throughout the Old to New Testament we find these relationships deepened as God’s people understood the plan He had prepared for them in advance .

Six of those people stand out:

Abram had to decide between staying in a secure place, or going out to parts unknown and follow God’s plan. Thankfully, he followed God’s plan and became acknowledged as the Father of Israel.

Moses made excuses that he was inadequate for the task, but God does not allow the idea of human weakness to alter our purpose. Moses did lead the Jews out of slavery in Egypt, to the Holy Land that God had promised to Abraham, just as God had planned.

Ester’s early life was that of a Jewish orphan.  Imagine her lack of education and social skills, yet God chose her, supplying support from those around her, to save his people from destruction. Esther was teachable and courageously followed God’s plan.

Mary, declaring herself the Lord’s servant, willingly followed the plan God created for her. Without understanding how this majestic event occurred, or what new meaning it would bring to her life, Mary was happy to obey.

Paul had a personal encounter with Jesus which literally changed the direction of his life. As Paul was on his way to Damascus to find and imprison Christians, Jesus appeared before him and asked Paul why he was persecuting him.  Jesus then blinded Paul and Paul spent three days in Damascus until Ananias, sent by God, came to restore his sight.

After several days spent with Jesus’ disciples, Paul began to preach in Jesus name. And Paul never stopped sharing the gospel until his own death for Christ, which is believed he was beheaded. God had a plan for Paul, and Paul followed it to his death.

Peter is recognized as a leader among Jesus’ disciples. If he had neglected to abandon his original life plan of fishing, his strength of spreading the gospel would have been lost. But God would not let that happen, because He had a specific plan for the person of Peter, just as He has a specific plan for each of us.

We all have a specific plan God prepared for us. If you don’t know your plan, keep praying for guidance and understanding. I am. His word is true, Psalm 40:5 Many, Lord my God, are the wonders you have done, the things you have planned for us. None can compare; were I to speak and tell of your deeds, they would be to many to declare.

Remember, we all fail at times but Jesus is always there helping us follow His special plan.