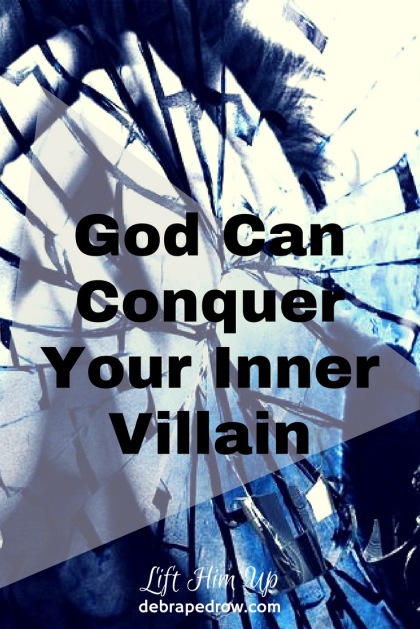 Do you ever feel like you live in constant battle with temptation? As though there simply is no other choice but to give in to: immoral conduct, the determination to argue, the desire to get even, getting drunk, the impulse to take God’s name in vain, smoking, the craving to over eat, the eagerness to act selfishly?  The list goes on…

Each of us has a different life story, which in turn creates individual situations for temptation. However, mentally we still go through the same process. “Should I or shouldn’t I?”, followed by the pros and cons of what happens if I do or I don’t.

The following story from the book of Luke occurred while Jesus spent forty days and forty nights in the desert. He was lead there by Holy Spirit. And He was given no food or water for the purpose of being tempted by the devil.

Keep in mind this all happened right after Jesus was baptized by John the baptist in the Jorden River. And God had just finished announcing from heaven “You are my Son, whom I love; with you I am well pleased.”

Luke 4:3-14 The devil said to him, “If you are the Son of God, tell this stone to become bread.” Jesus answered, “It is written: ‘Man shall not live on bread alone.’ “

The devil lead him up to a high place and showed him in an instant all the kingdoms of the world. And he said to him, “I will give you all their authority and splendor; it has been given to me, and I can give it to anyone I want to. If you worship me, it will all be yours.” Jesus answered, “It is written: ‘Worship the Lord your God and serve him only.’ “

The devil lead him to Jerusalem and had him stand on the highest point on the temple. “If you are the Son of God,” he said, “throw yourself down from here. For it is written: “ ‘He will command his angels concerning you to guard you carefully; they will lift you up in their hands, so that you will not strike your foot against a stone.’ “ Jesus answered, “It is said: ‘Do not put the Lord your God to the test.’ “

When the devil had finished all his tempting, he left him until and opportune time.

Jesus is God in the flesh, but for Him to be fully human here on earth, Jesus had to understand temptation. He also had to overcome temptation; an opportunity missed by Adam and Eve. They were created perfect but then failed the test of temptation.

By eating the fruit that satan the snake tempted them with, they lost their perfectness and passed sin onto the human race. Jesus had to show victory over temptation in the desert by refusing satan, thus offering salvation to all of Adam’s descendants.

Jesus was hungry, tired and confronted by the devil; a bad combination. By human standards, one would accept why Jesus could have given in to the devil — to have an instant solution to His temporary distress. But Jesus was never alone in His battle.

God was there, as always, to give Jesus the strength He needed to get through His bad situation. Jesus understood this and used God’s Word to fight His foe.

Jesus quoted God’s Word three times against the devil. Then the devil decided to leave “until an opportune time.” Yes, the devil left for the moment, but that statement also tells us he will be back. In truth the devil will never stop trying to seduce, deceive and alienate us from the love of God.

Thankfully, another truth we have is God overcomes all evil. The next time you realize you are tempted by: (FILL IN THE BLANK), STOP and remember God’s Word.

God does not require us to quote Bible verses, as Jesus chose to do against the devil. A simple prayer admitting your own frailty to overcome the situation and acknowledging His Supreme Being while asking for His help is all that is needed to invite His super strength to conquer your inner villains.

ORDER copies of LIFT HIM UP DON’T PULL HIM DOWN @ LULU.COM or AMAZON.COM for your next Bible Study. Learn the importance of respecting God’s name.

2 thoughts on “God Can Conquer Your Inner Villain”