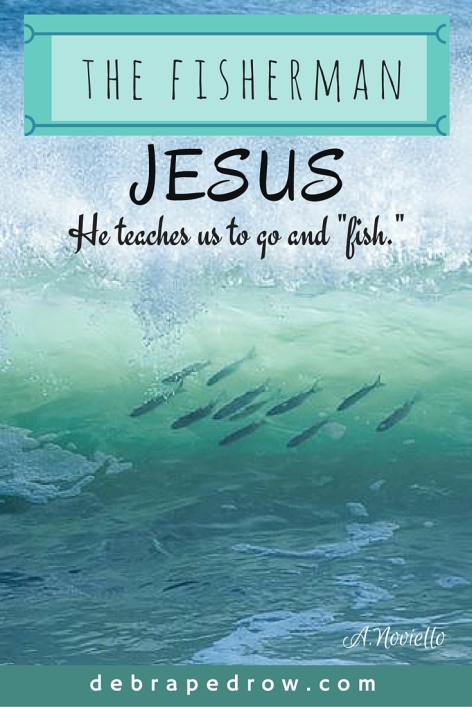 Jesus teaches us to go and “fish.”

After Jesus’ death on the Cross, His disciples lost hope. They had believed Jesus was the Messiah, the “anointed one,” the expected deliverer of the Jewish people.

What they witnessed was not the crowning of a king but the slaughter of their anticipated future. Simon Peter, the first disciple Jesus had called to follow Him, went back to fishing (John 21:3) and some of the other disciples followed him. However, they were not successful. They caught nothing when they diverted to their old ways.

While they were out in the boat on the Sea of Galilee, the resurrected Jesus stood on shore. At first, the disciples did not recognize this figure who noted their lack of a catch and suggested they throw their net over the right side (John 21:6). After they followed His instruction, the disciples caught such a haul (153 large fish) they were unable to pull the net into their boat.

As soon as Peter understood this was Jesus, he wrapped his outer garment around himself and jumped from the boat and into the water. The other disciples followed in the boat. There on shore Jesus had a fire going with His own fish and some bread, but Jesus invited them to also bring some of their fish.

This story shares with us that we Christians are to do the same. Once we come to know Jesus and His love for us, we are to leave our old selves and minister to others. We are to share and do for others the love Jesus did for us, thus spreading His kingdom.

I have to admit I’m not always good at this task. I tend to be more like Peter. Thinking I can do on my own, forgetting it’s really Jesus that leads me. So if you also are like Peter was, ask God right now for a better understanding of how you can best go and “fish” for men.

Join the movement and click on Break The Chain tab above! Share your commitment to G-O-D, thus breaking the chain of OMGs and lifting Him up in the glory that God alone deserves.