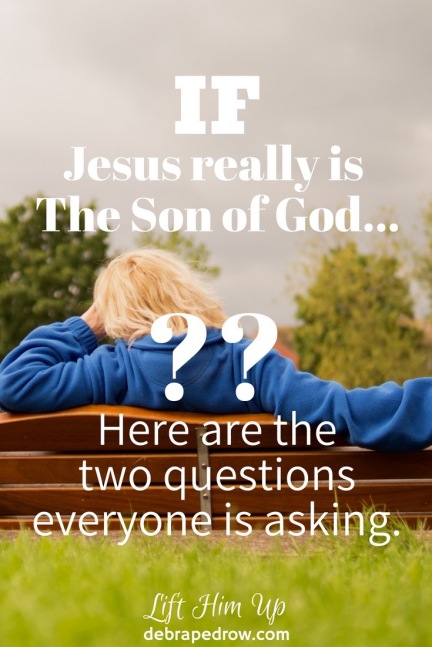 Jesus, who was crucified at age thirty-three, spent the last three years of His life on earth traveling the areas of Galilee, Samaria and Judea. His purpose was to share His identity as the way, the truth and the light of God.

Even while Jesus was a young child of twelve, everyone who heard Him was amazed at His understanding and His answers while discussing scripture.

Jesus, who has the power of heaven within Him, could have saved Himself from the agony of the cross but He chose to suffer.  Why, people want to know, did this “man” do this?

Jesus did prove Himself to His contemporaries to be exactly who He claimed.  He did this by fulfilling over 300 prophecies  from Old Testament writings  through His life, death and resurrection.  Here is are just a few:

Jesus lived in Egypt as a young child, until the death of king Herod.(Matthew 2:13-15)

Jesus was baptized in the River Jordan, which flows into the Sea of Galilee. (Mark 1:9)

Jesus openly proclaimed who He was to the people of Israel; at the same time, proving His identity by fulfilling scripture. For various reasons many chose not to believe,  though He fulfilled even more Old Testament prophecies.

2. Why did Jesus choose to die?

God, knowing exactly what mankind would do, in the beginning chose to create as apposed to not create. But in order for mankind to live out eternity with God, because our holy God can not live among sin, humanity needed to be redeemed/forgiven for our sin.

The fall of mankind did not take long. It happened in the first book of the Bible:

Being God of love, He had a plan for our redemption:

That plan was fulfilled through the life, death, and resurrection of Jesus Christ:

Jesus really is the Son of God. He fulfilled scripture through His birth, lineage, childhood, teachings, and actions. Jesus is the Messiah, our savior of the world, our redeemer.

Christ’s choice was to die for you and for me, so that we may spend eternity with Him in paradise.  I pray you believe in Jesus’ life, death, and resurrection, so that you too receive His precious gift of salvation.