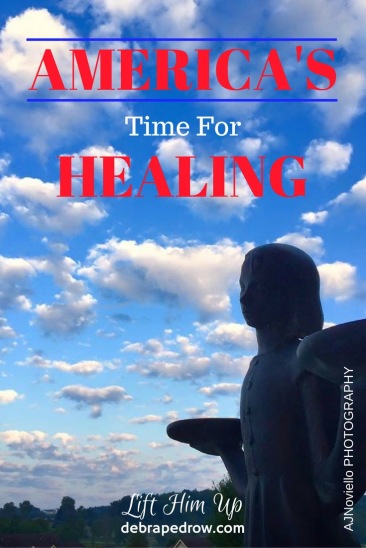 For the last year this election cycle stampeded through every state in our country. During the process Christians humbly called on God for strength and wisdom. Now, data reveals over 80% of American Evangelicals voted!

Romans 15:5-6 May the God who gives endurance and encouragement give you the same attitude of mind toward each other that Christ Jesus had, so that with one mind and one voice you may glorify the God and Father of our Lord Jesus Christ.

And the good news is God heard our prayers. Christians showed up in massive crowds in every state to praise God. Then we compared hard facts to exploited fiction, resulting in tremendous Evangelical voter turnout on November 8. Thank you, Lord!

When Paul the Apostle wrote his letter to the new Roman church (about 57 A.D.), it was already a flourishing community. The church seemed to be firmly established, made up of Jews and Gentiles, slaves and free people, rich and poor, week and strong.

But it was their diversity that caused difficulty for them to accept one another; so Paul gave them instructions about seeking fellowship:

Romans 15:7 Accept one another, then, just as Christ accepted you, in order to bring praise to God.

Paul was telling them to get along, minimize differences, find common ground. Paul had not yet visited Rome, but heard about the Roman church and knew of their differences. Paul’s longing to meet the Roman church community inspired him to send an introductory letter of instruction before he arrived in Rome.  The instructions were sent as a matter of concern for them so that they would truly be followers of The Good News.

Romans 14:10-12 You, then, why do you judge your brother or sister? Or why do you treat them with contempt? For we will all stand before God’s judgment seat. It is written: “ ’As surely as I live,’ says the Lord, ‘every knee will bow before me; every tongue will acknowledge God.’ ” So then, each of us: will give an account of ourselves to God.

Paul was reminding them not to point fingers.

Each one of us is accountable to Christ, not just those who we think do wrong. God’s court of justice awaits us all. When the time comes that I individually stand before Christ, believe me, I will not care what my Christian neighbor has done. The spotlight of reckoning will be pointed precisely on me!

In Paul’s time, the relevant information he was sharing with the new Christians is just as relevant now to established Christians. We too, should accept his applicable words. The 2016 election for President of the United States is over and done. It’s time to mend and end the arguing.

It’s time for healing from:

I suspect many Christians voted to protect what we believe, even though I know some of those same Christians were not personally happy with the candidate they voted for. But now it is time to stand behind him and let him get to work and make the changes he promised us.

And what can we do?

We can share what Paul shared in his letter to the church in Rome. Let’s keep telling others about   The Good News – The Gospel of Jesus Christ – The Son of The Living God – The Creator of all things – The Alpha and The Omega – The Savior of the world – The Root of David.

Because unlike the election cycle,  our salvation in Christ Jesus never ends! Praise God! 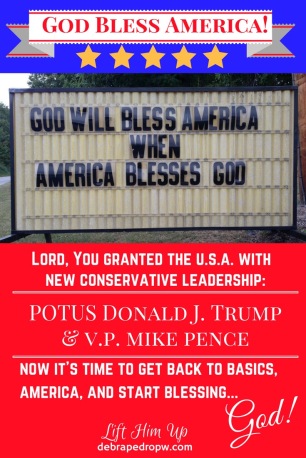 ORDER COPIES OF LIFT HIM UP DON’T PULL HIM DOWN @ LULU.COM OR AMAZON.COM FOR YOUR NEXT SEASON’S BIBLE STUDY. COMMIT TO KEEP GOD’S NAME HOLY.