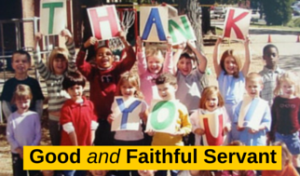 (My home church is participating in the study of THE STORY – The Bible As One Continuing Story Of God And His People. Foreword by Max Lucado and Randy Frazee. Each week, my Friday post will focus on our current study chapter.)

After Joseph became a great leader saving his family and Egypt from starvation, life went on. Years passed, Joseph’s generation died and Egypt had a new Pharaoh. This king did not like how numerous the Israelites had become, and made them Egypt’s slaves.

Their harsh slavery lasted four hundred years, until the time of the prophet Moses. Moses was himself a Hebrew. Hebrews are descendants of Abraham (Abram) who was known as a Hebrew (Genesis 14:13.)  Later, God changed the name of Abraham’s grandson Jacob, the father of Joseph, to “Israel,” thus Hebrews became also known as “Israelites.”

When another Pharaoh came to power, he also feared the growing population of the Israelites. So he ordered all newborn Hebrew boys be thrown into the Nile River. By God’s grace, this Pharaoh’s own daughter saved Moses from death when he was three months old. She then raised him as her own.

Throughout the Israelite’s long time burden of slavery, God heard their groans and cries. One day He called to Moses.

The LORD said, “I have indeed seen the misery of my people in Egypt. I have heard them crying out because of their slave drivers, and I am concerned about their suffering.”

The Lord said to Moses “So now, go. I am sending you to Pharaoh to bring my people the Israelites out of Egypt.” Moses, however, had other thoughts.

But Moses said, “Pardon your servant, Lord. Please send someone else.”

Someone else? God spoke directly to Moses, yet Moses asked to be excused. Do we ever feel God calling, yet ask to be excused?

These are not change-the-world callings like Moses’ call from God, but they are still callings from the Holy Spirit, nudging us to help others and extend a hand. Ways to “go,” and help however we can.

Moses had questions – “What if they do not believe me or listen…,” and doubts about his qualifications, – historians believe he stuttered, but Moses still trusted God and went on to do what was asked of him.

Friends, helping others is always the right thing to do. Let us not allow our excuses to be the reason God sends someone else to do our job of good and faithful servant.